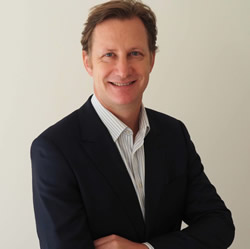 Dr Simon Torok is co-Director of Scientell, a science communication and marketing consultancy specialising in environmental and climate change communication. He has worked as communication manager with CSIRO Oceans and Atmosphere; as editor of CSIRO’s children’s science magazines; and with the Questacon Science Circus; and in England he has worked as a climate change communicator at the Tyndall Centre for Climate Change Research. Simon has had numerous appearances on television and radio, and has published more than 150 newspaper, magazine and scientific journal articles. With Scientell’s co-Founder Paul Holper, he has co-authored 19 popular books on science and climate change, published by ABC Books, CSIRO Publishing, Oxford University Press, and Pan Macmillan, several of which have been translated into Spanish, Portuguese, Chinese, Korean and Hungarian.

How does this session contribute to Seeing Science Differently?
The session will provide insights on different ways to work in science communication, from sole traders to large businesses, inspire those thinking about working for themselves, and provide tips on how to succeed.