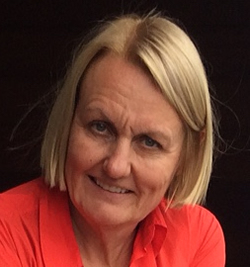 Davina Jackson is a Sydney-based writer, editor and curator, and a visiting research fellow with Goldsmiths (Computing), University of London, She writes for British and European publishers on Oceanic modernist architecture and design and on creative applications of technology in urban contexts. In recent years she has produced international books, exhibitions, lectures, articles, websites and guest essays explaining themes she has named ‘viral internationalism’, ‘astrospatial architecture’, ‘data cities’ and ‘virtual nations’. During the transmillennial decades she was a NewSouth Global professor advising Deans of three UNSW faculties on emerging opportunities for multi-disciplinary design research, led the ‘d_city@NICTA’ project to launch a global network advancing spatial data solutions tor cities (2008), and was a director of companies which produced the world’s first three ‘smart light’ festivals in Sydney (Vivid Light, 2009) and Singapore (iLight Marina Bay, 2010 and 2012). Her latest books are SuperLux: Smart Light Art, Design and Architecture for Cities (Thames and Hudson, 2015) and Douglas Snelling: Pan-Pacific Modern Design and Architecture (Routledge, 2016).

How does this project contribute to Seeing Science Differently?
Science is destined to underpin the most important revolution in designing and managing built environments since the world’s first (known) architecture and building engineering manual was written by Marcus Vitruvius Pollio during the first century BC. This is part of a broader revolution of science and technology itself, by innovators expanding the knowledge domain of quantum physics and evolving new technologies exploiting the electromagnetic spectrum.

The GEOSS project, is not widely recognised in the Australian science domain, yet is conceptually a far more significant and substantial endeavour than the legendary human genome project. It seems to be the world’s most ambitious and substantial science vision, to transform the ways that humans manage their earthly habitats—it will underpin a completely new era for the discipline known as ‘town and country planning’.