Australian National Centre for the Public Awareness of Science, ANU 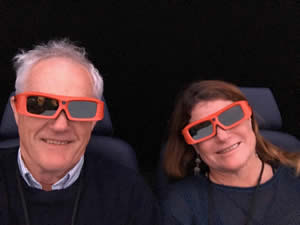 On May 7 1959, Snow delivered the Rede Lecture at Cambridge University. Society was divided, those educated in the arts and humanities, and those from science.  The two sides could not communicate – and this has serious implications for society.

The ruling classes tended to be educated in the humanities.  Without any understanding of science, they were ill-equipped to frame policies that would lead to a prosperous modern Britain.  Their ignorance of science was compounded by their lack of interest, and their contempt for scientists who ‘lacked culture and education’.  The Two Cultures ignited a controversy that rages today.

This  theatrical examination of Snow’s controversy asks is there a wall between the two cultures?  Can people talk productively across the divide?  Or is it the source of confusion, uncertainty and poor policy?  And was science communication born as an attempt to patch over these difficulties?

The play is in development, and this session presents a 25 minute extract.

What the critics said:

** We need about 6 or 7 actors on the day, and will recruit them from conference registrants. We’ll need to round up actors the day before – rehearsal essential. Contact Toss to find out more and/or register your interest.**