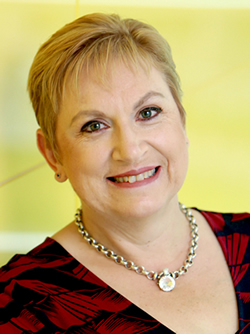 Under the ARC Act, the CEO has the following functions:

Leanne played a pivotal leadership role in developing and delivering Excellence in Research for Australia (ERA). Demonstrating the quality of ERA in 2010, the Organisation for Economic Co-Operation and Development (OECD) recognised the exercise as ‘state-of-the-art’. Each ERA cycle continues to build on the utility and evidence base for research policy both for Australia and internationally.

The Engagement and Impact Assessment of Australian university research is also being led by Leanne, the pilot phase will be undertaken this year which will test the details of the framework to be implemented in 2018. The national assessment will be undertaken as a companion to Excellence in Research for Australia (ERA).

Ms Harvey joined the ARC in March 2008, after transferring from (the then) Department of Education, Science and Training due to Machinery of Government changes. Since then, she has led the ARC through a substantial reorganisation to better align the agency with current Government agendas.

Ms Harvey completed her education in regional New South Wales, graduating at the top of her school and holds a Bachelor of Business in Accounting from (the now) Charles Sturt University. She moved to providing policy analysis and advice regarding Australia’s research sector in 2004. Since joining the Australian Public Service in 1987, her career has seen her involved in social policy initiatives including leading publicly funded research, child support and taxation reforms.